The cardiac veins may be divided into three groups:
THE GREAT CARDIAC VEIN 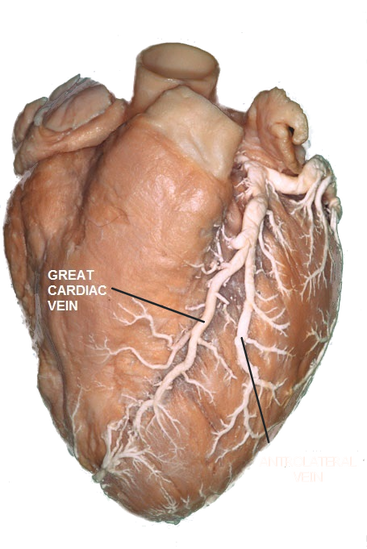 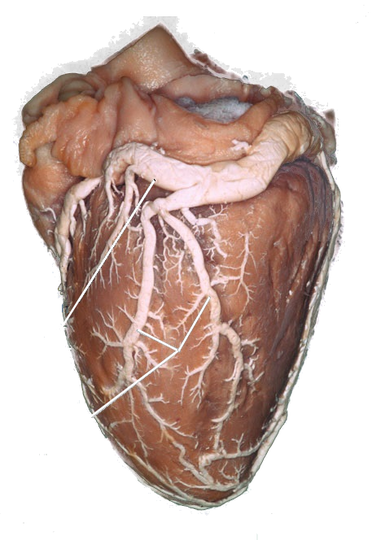 GREAT CARDIAC AND LEFT MARGINAL VEINS
Left lateral view of the Heart
On reaching the lateral wall of the pulmonary trunk, the great cardiac vein turns to the left and enters the left lateral extremity of the coronary sulcus.
Note that the left auricle covers the vein
Running beyond the left auricle, the vein reaches the margin of the left ventricle, and just beyond the obtuse margin the great cardiac vein opens into the coronary sinus 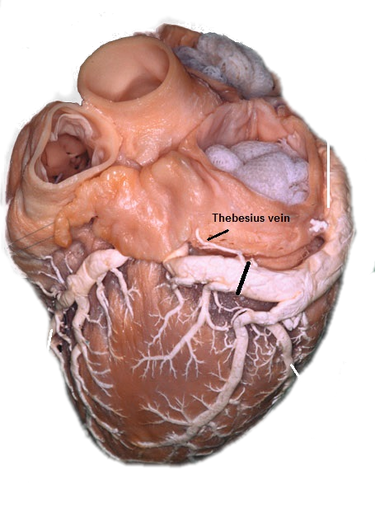 A relatively large marginal vein is seen; this vessel collects the venous drainage from the lateral left ventricular wall, running at the obtuse margin and finally opening into the coronary sinus 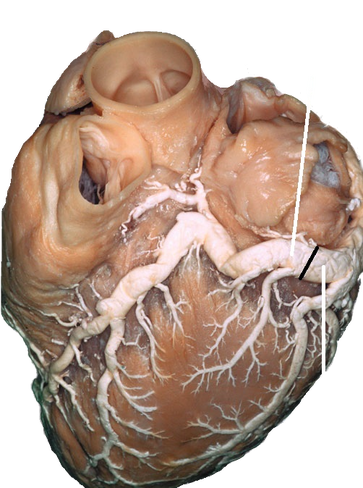 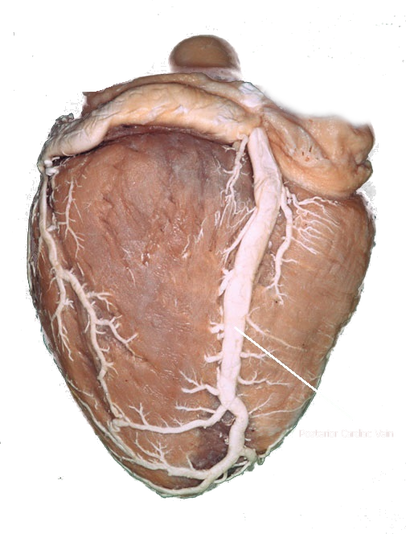 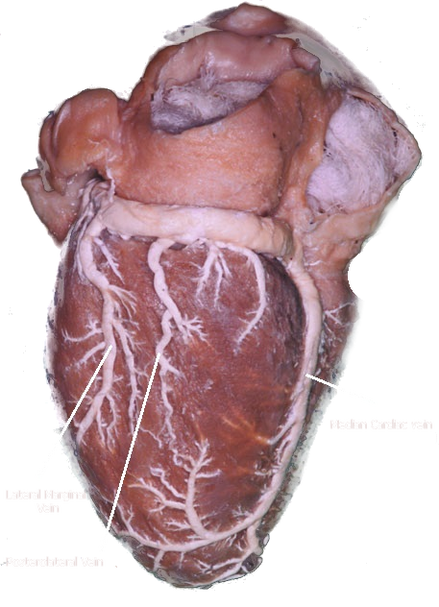 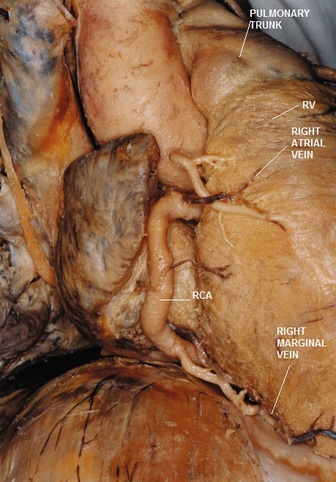 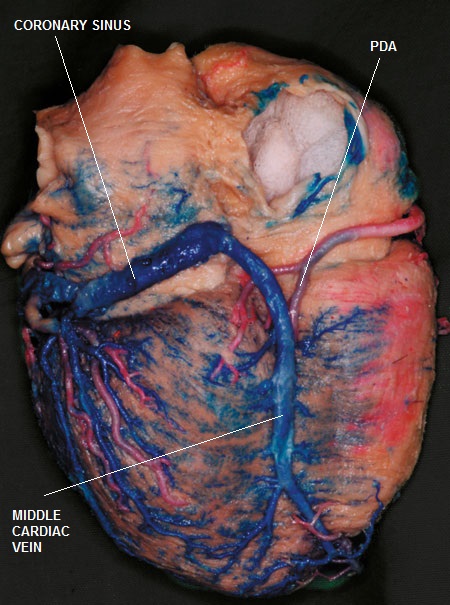 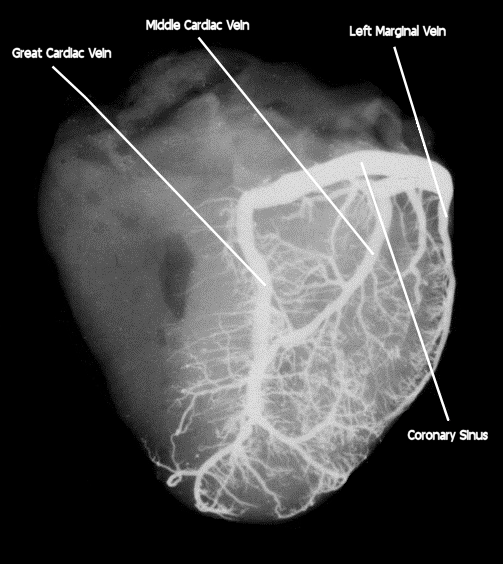 Angiogram of the heart veins
- With retrograde cardioplegia, the injected fluid only provides protection to the left ventricular
muscles as the veins of the right ventricle do not communicate with the coronary sinus, and so the
cardioplegia can not reach the right half of the heart
- This may be related to the variable venous anatomy of the heart; because the anterior region of
the right ventricle is not drained by the coronary sinus, and it is not uncommon for the heart to
have several coronary sinus anomalies, there may be a heterogeneous distribution of cardioplegic
solutions, thus limiting myocardial protection. As a consequence, a technique for simultaneously
delivering cardioplegia both antegradely and retrogradely has been developed
﻿

RELATIONSHIP BETWEEN THE CORONARY ARTERIES AND VEINS

The Anterior Great Cardiac Vein and the LAD:
Starting at the apex: 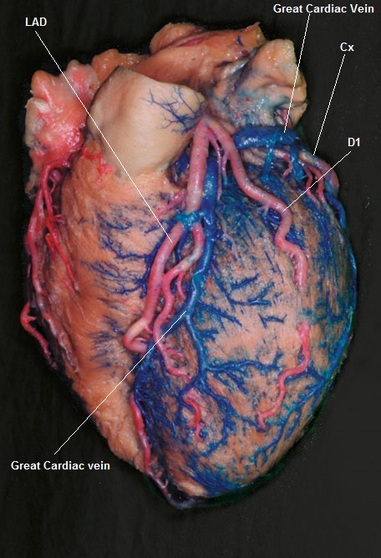 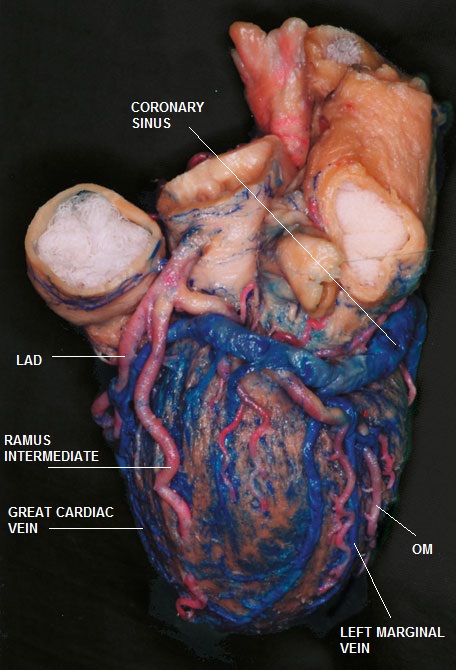